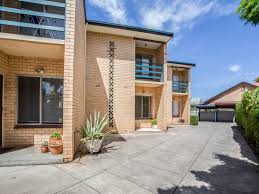 Black Forest residents are increasingly concerned about the two for one developments, or up to five for one as in Addison Rd, that seem to be occurring with increased frequency. The minimum block size is 350 square metres which means that anything larger than 700 square metres can easily be subdivided.  It is relatively easy to gain development approval for demolition of non contributory houses or ones is disrepair (no longer economically viable to restore) or for hammerhead development (keep the house and build in the back yard). The latter option retains street scape but not amenity. On my Facebook account I am now often getting boosted posts for companies either wishing to sell me an apartment or subdivide land. The options always look attractive but often do not live up to what residents want. With some exceptions, and I knocked on almost every door during the election campaign, the new dwellings are  seen by their neighbours as attractive.
I was pleasantly surprised at how well the new dwelling at eastern end of Dryden Rd looked on what had been a seen as a difficult site.
Posted by Jennie at 12:50 PM