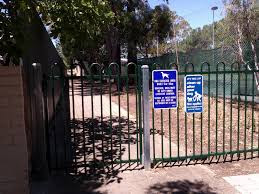 Rugby/ Porter St Bikeway-Design and Community Engagement: this motion called for community engagement with detailed designs for the intersections. However,it involves the change of preference in Malvern for East -West to North South along the entire length of Rugby St. I have significant concerns about these changes and did not support the motion.
Future Grandstand Upgrade-Sturt Football Club Proposal: The new proposal suits Sturt and will cost at least $4.6 million of which Sturt might  be asked to contribute as little as $700,000. This is not what Council agreed to when we decided to consult and to get more detailed design. It was understood by all parties that the funding would be split in thirds: Council, Sturt and grants. My motion to try to ensure this would remain the case was defeated.
Greening Opportunities- Leader St:This would provide additional money for rain gardens when Leader St is upgraded in the next calendar year.
2016-17 Annual Business Plan and Budget Adoption: This motion also was well debated. Bob Schnell and I drove an attempt to raise additional  funds to be spent on projects that Council staff had considered should be funding through borrowings when, infact, they should, in my opinion, be funded through recurrent funding. Despite heated debate this motion lost; the rate rise will be 2.2% and borrowings will spiral to $17 million (double what it was 6 years ago). Despite the feel good feeling of lower rates residents will be paying for some things long after the asset has needed to be replaced.
Motion regarding Page Park and Dog use: This motion, moved by me, was a response to residents request to move back the dog off leash time at Page Park (and other similar parks) form 5pm to 4pm in the winter months. This passed but only after significant debate. The matter will
now be consulted.
Centennial Park Authority-Operating Budget: CONFIDENTIAL
Posted by Jennie at 7:55 PM