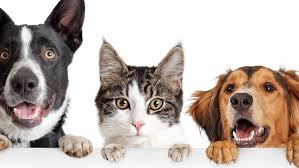 The City of Unley is developing a new Animal Management Plan. This Plan will help guide our management of Dogs and Cats, and other animals including chickens, birds and even bees, over the next five years, while embracing a culture of responsible pet ownership.

The Draft Plan includes a set of priorities, goals and actions, and we’re really keen to get a sense, through our survey, as to what’s most important to you.

Whether you own a pet or not, we would like to hear your thoughts on the Draft Plan's contents.

Please visit Your Say Unley to learn more and complete the survey by 5pm Wednesday 3 February.

Posted by Jennie at 5:55 PM No comments: 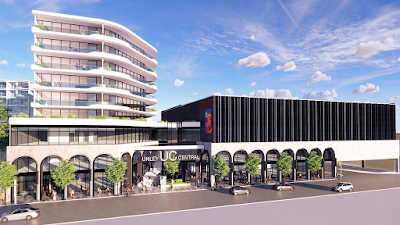 Council have worked for a long time to get development where it belongs, that is in the heart of Unley. This development ticks all boxes with it being built within agreed limits, having 15% tree canopy over and being scaled back at 30 degrees where it interfaces with residential property. While this has already taken years of had work for Council it will still need to be approved by the SCAP, and will take quite a while to deliver in its entirety.
Posted by Jennie at 8:43 AM No comments: 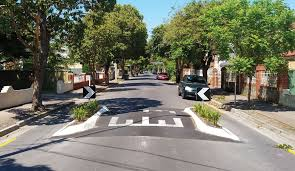 What's it like to be the longest serving Councillor in Unley?

As a much younger person (43) I was elected to Unley Council, while I had an interest in Council it would be overstating to say I had a passion. Nevertheless, as the 1995 election date loomed closer a friend encouraged me to run for Council. Not because they thought I’d be great but because he wanted an election in the ward to provide an opportunity for he and his fellow councillor to be scrutinised by the people in an election. In fact he guaranteed me that I couldn’t win: with this in mind I lodged my nomination Two days later I was elected unopposed (the colleague had withdrawn his nomination) and the journey began.

I enjoyed being on Council for the two year term and was confident enough with my skills to run for Mayor. My time on Council was short and sweet as I lost. I sat back and watched but kept my distance and tried not to be that person that harped on.

In 2006, I believed, once again that it was time. The facts weren’t much different this time. I ran because I thought one of the candidates was hopeless, he withdrew his name and once more I was elected unopposed. This time I had an agenda and set about to get things done.

14 years later and now the longest serving  member of Unley Council (but nowhere near the oldest) I look back and ponder as to what has changed.

I can remember being able to talk to applicants sand representors (planning matters); to be able to discuss, assist and negotiate with them, the phone ran constantly asking for advice. Now we must keep at arms length when discussing development.

I remember getting large agendas on a Thursday evening and had to be ready to debate the following Monday evening. This actually hasn’t changed, although there is a push for electronic agendas, but now the items on the agenda will have been workshopped at least once before they get to be on the agenda. Sometimes there is little left to say. I really enjoyed the debate as each member took the floor and expressed their opinion not knowing what they would say. I miss this robust debate and it seems that it is more often possible to predict the  outcome and much is left unsaid at the end.

Almost all contact with residents now is via email. People I communicate with every week might be strangers in the street. People expect a much higher level of information to be disseminated and hence regular newsletters, facebook postings, blog posts, twitter are beginning to seem normal.

When I do meet with residents it's nearly always at a local coffee shop.

Given this I don't think I'll ever give op paper agendas and I hate Zoom meetings, they're just not the same.

What's next is anybody's guess but the journey will, hopefully, always be  exciting and the fire in my belly alight.

Posted by Jennie at 9:20 AM No comments:

This morning's chat with residents 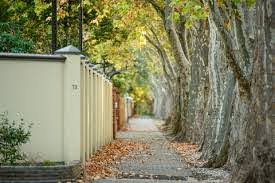 It was great to see so many people this morning at Rise and Grind. The topics discussed included;
Some people came just to say than you. What a wonderful world we live in.
Posted by Jennie at 9:04 AM No comments: