The paved surface of KWR has almost certainly been wearing out since it was installed in the early eighties. For the last 10 years we, as Councillors, have been told that the end of the surface is near and that we must consider budgeting for replacement and what bits of it should be replaced with what surface? But it keeps on  being repaired and to all intents and purposes look OK. Yet it made the press again this week  because somehow this was news. Council is considering options for KWR but mostly in the hope that grant funding could be gained to pay for the work. Nevertheless, I doubt that the entire length would be replaced with bricks and that if it were to repaved the distance would morely be between Arthur
and Mitchell Sts.
Posted by Jennie at 6:09 PM No comments: 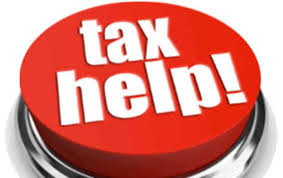 Both Unley libraries will be offering help with your taxes between the 13th August and the 29th October. You are eligible for tax help if your income is less than $50,000 and you did not:

Have Your Say – Proposed Changes to Dog Off-Leash Hours

We’d like to hear your thoughts on extending dog off-leash hours from April to September in selected Unley parks and reserves.To view the list of parks and provide your feedback on the options available, visit Your Say Unley. You can also provide feedback by: Feedback will be received until 5pm, Wednesday 31 August.A report will be drafted and presented to Council in late 2016 for consideration.
Posted by Jennie at 5:48 PM No comments: 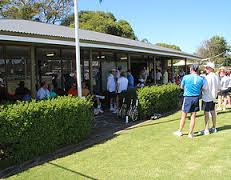 A big thankyou this week from Millswood
Lawns Tennis Club as they have finally connected to GAP water. Don and I have assisted them with this project over the last couple of years. Hopefully, the water will enable considerable savings in the cost of water to the club.
Posted by Jennie at 9:28 AM No comments:

The recent Local Government Amendment bill has left City Councillors unable to vote for items that specifically relate to only their ward. It seems recent changes, meant to make things better, have actually left some things even worse. It's interesting how the state government continues to think that Local Government is irresponsible and sets much higher standards for Councils than it does for themselves. At the most recent Council meeting I had to declare a conflict of interest when the Development Assessment Panel members had their term extended (the future of this panel is winding up to another state government ending). However, I can only assume that these recent changes mean that I may no longer be able to vote for, or advocate for Clarence Park Ward with the currents rules. I will seek clarification from staff.
Posted by Jennie at 8:42 AM No comments:

At last week's Council meeting staff had identified that the Cycling and Walking Plan had a significant number of errors or suggestions that could never be accomplished. To this end the staff suggested that the plan should be considered aspiration rather than endorsed. However, one member concocted a motion that leaves the plan in limbo. While it did enable the works proposed and funded in this financial year all subsequent years that the plan recommends for will need to be further refined and adopted by Council as each year progresses. This risks continue funding and a plan that is poorly implemented. Yet, despite this the majority of Councillors supported the new motion. Never, in my time at Council, have I seen this done: usually we err on the side of caution and send the plan back for staff to further fine tune. This holds up the plan for a month or two but allows staff to implement in a well ordered manner.
Posted by Jennie at 1:11 PM 3 comments: