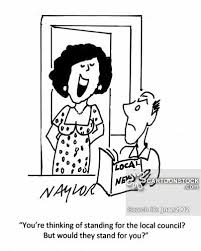 A recent email from the LGA listed the number of individuals that they are aware of that are currently councillors in South Australia but also preselcted to stand for a seat in the March election. Some 14 candidates are currently Councillors. One of these is Unley Mayor, Lachlan Clyne, who is running for the Liberals in the seat of Badcoe. He is set to resign from his position as Mayor next week.
Councillors are in a prime position to understand what is needed at state level as they know how state government decisions impact on both council and ratepayers and they should be ready to support sensible policy changes that allow for progress without treading on the rights of individuals. Interestingly, most are running for the Liberal Party, some SA Best and very few are Indpendent or running for the Labor Party. I'm not sure what this says about the people concerned other than they are probably conservative in their views.
What irks me most is people being pre-selected who have no real experience with  working in a community and/or they are currently employed as some already politician's staffer.  This being said the Labor Party are yet to select a candidate to run against David Pisoni, The Liberal Member for Unley, just 10 weeks out from an election. This would be a tough gig at the best of times but now nigh impossible to beat the incumbent.