GET ACTIVE AND SWIM FOR A CAUSE AT UNLEY SWIMMING CENTRE 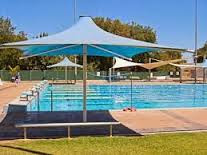 Unley Swimming Centre will raise much-needed funds for Alzheimer’s Australia SA by trialling a new initiative, Friday for a Cause.
From Friday 5 February until the end of the swimming season (Friday 29 April), casual entry to the Unley Swimming Centre on Friday evenings after 4.30pm will be a gold coin donation with all money raised going directly to the charity.
The initiative will replace the Centre’s previous ‘Free Friday’ offering, which allowed visitors to the Centre free entry on Fridays after 4.30pm.
Unley Mayor Lachlan Clyne said Alzheimer’s Australia SA was the chosen charity for the 2016 trial because it aligned closely with the Council’s Active Ageing ethos and recognition as an Age Friendly City.


“The Friday for a Cause initiative continues to promote healthy and active lifestyles while supporting a very worthy cause and increasing awareness about dementia,” Mr Clyne said.
“More than 3,000 people attended the Free Friday sessions last year and we’re hoping to attract even more visitors in order to raise a substantial amount of funding for the charity.”
Alzheimer’s Australia SA supports people living with all types of dementia and their families and carers by providing support services, education and information.
There are more than 340,000 Australians living with dementia and each week more than 1,800 people are newly diagnosed, which is one person every six minutes.
Maryanne Noon from Alzheimer’s Australia SA said it is critical that they reach as many people as possible in order to deliver their services to more people living with dementia, their families and their carers.
“Support like this is vital to our cause, from both an awareness-raising and fundraising perspective.”
“Alzheimer’s Australia SA is very grateful to Unley Swimming Centre for their support and we applaud the Centre for its community spirit,” Ms Noon said.
Results of the Friday for a Cause trial will be recorded, including visitation numbers, user satisfaction and financial implications, to determine the future viability of the initiative.
Free entry will only be available for casual entry to the Unley Swimming Centre and fees for professional lane space and pool bookings will continue to apply.