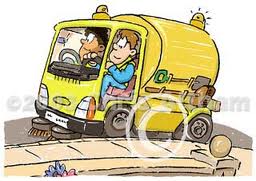 The following items may be of interest:
·         Mayor’s leave of absence: The mayor has requested leave of absence for 3 months. While he has forgone the use of his Council car, phone , etc. he will still be paid his usual allowance. He is likely to chair the December meeting and then take further leave or resign in January. PASSED
·         Leicester St Park-Dogs Off-Leash: dog owners have proved very forceful in their quest to have a small fenced off area for dogs in this small park. Successful enough to have this as an Agenda item and to have convinced at least one of their ward councillors to go against staff recommendation and proceed. Staff have recommended that this is unnecessary as other nearby parks already provide this facility. What the staff recomended PASSED
·         Environmental health Food Safety Audits: It is mandated that food suppliers to vulnerable or at risk people must be regulated audited, at their own expense. Council has 26 businesses that meet these criteria. Council now has a trained staff member that can carry out the audits.PASSED
·         Cleansing Review: The recent trial of cleaning using a developed strategic hierarchy has resulted in a one off saving of $300,000 and ongoing savings of $100,000 per year. While there were more complaints to start with these have now decreased to a level no higher than what previously existed. All roads are cleaned now at least every 6 weeks and as often as weekly. All footpaths are cleaned 3 times per year plus extras during heavy leaf fall.PASSED
·         Nairne Tce Forestville: The plans for this have been revised, with consultation,  Council will plant all new trees in the footpath (rather than the street) to retain more parking. PASSED
·         Unley Oval Ancillary Matters: Given the recent development approval of the planned Grandstand upgrades there are some  minor matters that need addressing: these include when to build the canteen, additional shedding (6 metre longer) and to allow 41 Oxford Tce to be used a builders yard during construction. As I am no longer likely to be on the DAP (I am proxy for Cr Salaman) I think I’ll express opinions that may be contrary to the recommendation.PASSED
·         Representative Creative France SA Committee; Cr Rabbitt has been doing this PASSED

Motions with Notice:
·         Opportunities on Existing Facilities and Assets; I have put in this motion, with support of residents, as they are concerned (as am I) that the Civic Centre site has not been discussed by Council following the decisions that were included in the Development Plan Amendment earlier this year. It is easy for us, as Councillors, to start to leave too many decisions to the new council (to be elected, Nov 2018) and become hamstrung in decision making. The motion suggests that staff start considering options and possibilities. PASSED


·         Significant and/or Regulated Tree Removal; Cr Salaman has called for Council to lobby the LGA to communicate with the Minister that all significant and regulated trees are assessed by accredited arborists only and that the arborist doing the assessment is not in line to get the job to remove the tree, if an application is successful.PASSED
Posted by Jennie at 12:03 PM