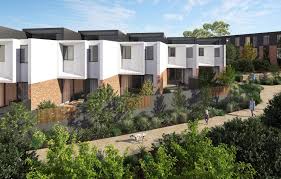 It has been a mammoth effort from so many of you to ensure that every door on Black Forest and Clarence Park (west of East Ave) has been knocked on and conversations held regarding the proposed planning changes. Overall 650 submissions were lodged with DPTI. I know we are hoping that 200 of them were fro this area alone. I had a email from a resident yesterday who had recent email communication from DPTI that stated;

'The application of the General Neighbourhood Zone will be reviewed across the Phase Three Councils (Unley) following the consultation process. The State Planning Commission has acknowledged that there are some instances where the Suburban Neighbourhood Zone may be more appropriate, such as where the current zone specifically seeks to maintain the current character or allotment pattern of an area and where limited infill and regeneration is anticipated. I have reviewed the policy for the Residential B350 Zone and note that it seeks limited infill and the maintenance of the existing character, which suggests that this may be one such zone where the Suburban Neighbourhood Zone is more appropriate.'

This alone is reason to hope that sense will prevail on this aspect of your submissions.
Posted by Jennie at 6:01 PM