What about the Eureka flag 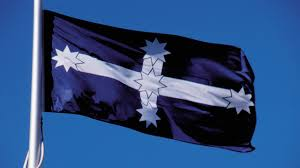 When I moved the motion in last month's Agenda  (that the flag be flown for 3 days in December) I assumed that it was a motion that everyone would support. I was surprised and a little taken aback when I heard tales of Chinese persecution, and trade unions. Interestingly, the press found this more newsworthy than the Climate Emergency debate and published comment a day or two later. It would be fair to say the Council has been ridiculed for its decision to not fly such an important symbol of democracy.