Why the Climate Emergency motion lost? 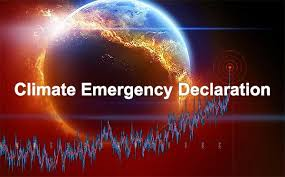 After hearing 6 deputations in favour  of the motion  and no one against it as well as their being least another 60 people in the chamber and more waiting outside, the debate began. Jane (Cr Russo) started with a well thought out speech and the motion was then seconded by Cr Bonham. I the debated about the amount of and momentum of feedback and interest that we had all received from our community: this included dozens of emails, some phone calls and plenty of chats over coffee. Then those not in favour raised their arguments, these included:

None referred to the passion of the deputees or the valid arguments that they raised. Some remained silent and said nothing. While Cr Dodd had an alternate motion to follow it still fell short of what really needs to happen.