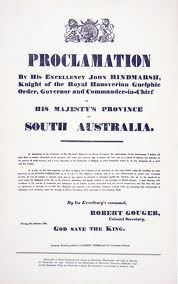 What's in a name? Despite ridicule from residents and the media on this matter the item was eventually debated last night. The original motion was clearly flawed and John Koumi and I voted against it. The original mover realised it was flawed, after all the first settlers were surely the Aboriginal people, and he decided to have another shot at it. Proclamation Day seems to have been celebrated quite well for 176 years on the 28th December and it isn't the business of Unley City Council to change it. Nevertheless Councillors again saw fit to pass the motion. I can't argue that it's not a better name than the last try but I still don't believe that two wrongs make a right. All I can hope at this time is that the LGA, to whom the motion is going to further debate, will see that it is soundly defeated.
Posted by Jennie at 6:20 PM