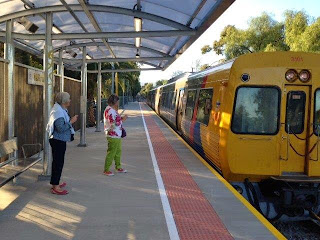 Many of you would have seen the footage on the ABC last week of a Shadow Minister  at Millswood Station. He was there to spruik his idea that the current governments privatisation of service notion would somehow result in a loss of service to some stations. I guess he chose Millswood as this is the most recently re-opened station. I called David Pisoni's office to ascertain where the truth lay and was reassured that there was no intention on behalf of the state government to see a loss or reduction of service at any station. Nevertheless, this matter has frightened and concerned many residents.