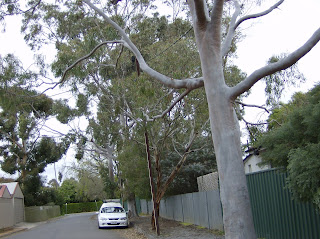 This is the meeting in which the arbitrator's(Sue Vardon) report into the Mayor's alleged breach of the Code of Conduct was presented to the Council. The meeting only finished shortly before 2 am. While I am bound by confidentiality I am able to say that I was happy with the outcome and will let you know when I can reveal more information. The article at the following link makes interesting reading. http://www.unleyherald.com.au/city-of-unley/what-they-said-about-each-other/
http://www.unleyherald.com.au/city-of-unley/mayor-clyne-and-councillor-boisvert-move-on-from-post-election-differences/

The Glenelg Adelaide Pipeline is to be finally built so that this recycled water can be available by next summer to water our ovals and parks. There was much discussion about the quality of the water, however, the majority decision was to go ahead with the project although this will no longer include Windsor St. This is particular relevant to Goodwood South as the water will be piped to Goodwood Oval and Orphanage Park.

Councillors will continue to wear the current black robes after a motion was discussed to order new ones in double blue. The mood of the Council is that these robes are outdated and should be abolished. However, this will take a further motion next month to achieve.

Glen Osmond Creek redevelopment is to continue so as not to risk the Federal funding of some $2,500,000. Despite some contamination that may cost as much as $930,000 more than budgeted we have managed to achieve some cost savings by not replacing the Unley Road culvert (infrastructure that belongs to the State government).

There was some discussion about new sites for pocket parks, the one in Fielding Street is now complete, the Kelvin Ave park is waiting for DTEI approval to close the road and the widening of the footpath at the east of Spiers St should begin soon. Further sites have been identified in Eglington Ave, Ellesmere Tce and Merlon Ave. These are unlikely to be in the budget until 2013/14 at the earliest.

Cr Schnell called for greater policing of our 40km speed zones, however, we can only advise the police as to the streets that we wish to be policed. Cr Palmer and I have asked for a budget consideration to do some traffic flow studies in Goodwood South, if we get this funding we may be able to make some further decisions about traffic management, especially in Byron Rd.