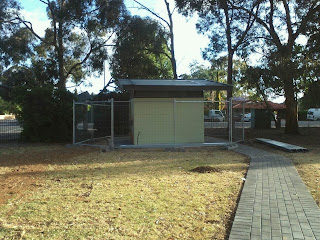 Kelvin Ave ;The consultation for this has now closed. It is important to now let the staff analyse the letters sent to Council by both those who support the concept and those that do not. There has been a large number of submissions. The final report will now come to Council in January and not December as planned.

CEO change over; Peter Tsokas has started his new job as CEO of Unley. Deb Richardson is Acting General Manager in his now vacant position and Victoria Minenko is Acting General Manager of Governance. These positions have been filled internally until April. It is hoped by then that the vacant positions will have been advertised and new appointments made. If restructuring is to occur they may be some change in focus and areas of responsibility.

Clarence Park Community Centre; After many years as Childcare Manager Ruth Zilm has retired. She has worked tirelessly to provide a service much valued by our community. Childcare is one of the many services operated by Clarence Park C C.

Graham Ave and Fairfax Ave ;The list of items that were raised at the street meeting has now been distributed to all residents. Don and I will get staff to work through this list as quickly as possible. I noted that both Fairfax (2012/13)and Hackett Ave (2014/15) are now in the future budget for paving.

KEEP CLEAR; This sign has now been painted on East Ave near the corner of George St.
Spiers St; This landscaping and footpath replacement are nearly complete.

Page Park toilet; The shell of the toilet has now been installed as well as some new paving. The toilet should be usable before Xmas.

Cross hatching of railway crossing ; The line repairs were carried out recently ( although I reckon at least on section is still loose). The yellow cross hatching will be painted in the near future.

Rubbish bin audit ; Every 3 months Council randomly selects rubbish bins to see what has been put into them. You will know if yours has been checked if there is a small bit of fluorescent tape attached. The purpose of this exercise is to ascertain what proportion of recyclable waste is being put in all bins. Council pays premium rates to dump rubbish, so the less that goes (or needs to go) into the bins the cheaper the cost is. This information can then direct where Council should be spending money on educating people better. This is the latest report that analysed the results.
http://www.unley.sa.gov.au/webdata/resources/files/Item_296_CSP_March_2010.pdf

Canterbury Tce; Following recent discussions about the safety of the Boardwalk residents and commuters have been notified of a public meeting on Dec 6th at 6pm in that location. I hope as many people as possible that feel they have a view or an idea to attend and let us know what you think of Council ideas and the ideas of each other.