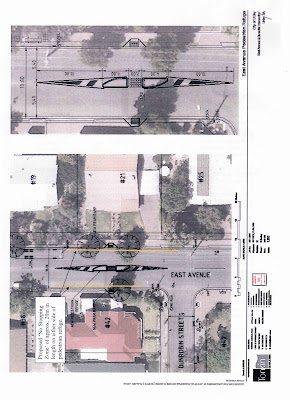 Plans for the East Ave refuge. 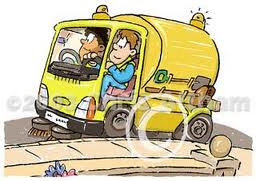 Greenways project; As part of the rail electrification the state government (DPTI) intends to create a shared pedestrian/bike way along the rail corridor from the end of Emerson Rd to about half way along Canterbury Tce (at the eastern end of the boardwalk). If this proceeds it will be a real asset in Goodwood South, it will also reduce the necessity for the boardwalk and it can be removed and the footpath landscaped. We would still need to work on how to proceed with the eastern section of the footpath that is becoming increasingly unsafe to walk on.
Council Watch; This initiative is currently being trialled by staff. If any employees see something that they think needs fixing they can report the fault. In the first few months the following reports have been made and acted upon;
Infrastructure Damage 65
Suspicious Behaviour 1
Graffiti 48
Rubbish 62
Vegetation 84
Signage 55
Other 28
TOTAL 343
East Avenue Pedestrian Refuge; The public consultation for this has begun, you should have received a letter if you are in the catchment area being consulted. The more responses the better.
Dunrobin St; Residents will soon receive a letter asking for their ideas about the future of the trees and landscaping in the street. This is not only to gather ideas and does not support any one proposal. However, the current street trees, the red iron bark, have been associated with increased risk of failure in recent times.
Left turn bans in East Ave have now been removed after public consultation.
Byron Rd; The proposed centre white line has been abandoned due to your response.
Crosshatching of the railway line should commence shortly.
Mills St ; Consultation will start soon on the replacement of the first (east) plateau and improved traffic islands to reduce the dodgy U-turns that people attempt on the corner of Mills St and Goodwood Rd This has now taken just over 5 years and it is still not completed.
Railway electrification; Council will be briefed on this in March. One of the outcomes should be greater detail about how they intend to undertake public consultation.
Goodwood Oval Playground Fence; half of this has now been installed and the rest will be completed over the next couple of weeks.
Community Asset Review; staff are working with local clubs that hire Council facilities over the next few weeks.
Street cleaning; This is now done about every 3 weeks, residents have asked if it is possible for them to know when the sweeping will be done so they don't leave their own cars parked in he street that day. It would also give residents an opportunity to sweep the leaf litter into the gutter so it can all be collected at the same time. Council are interested in trialling this using text messaging. If you think your street would be a good candidate then Don and I can try and collect mobile phone numbers from residents.