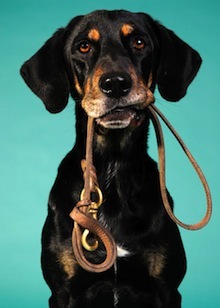 This week will see the culmination of the initiative and hard work of a group of people who use Page Park to allow their dogs off leash exercise in the evening. They realised that the time available for their dogs to socialise during the winter months was significantly less than that available in the summer months, due to daylight saving. After an initial deputation to Council and a Motion on Notice  from me, amply supported by my co-councillor, Don, the matter passed for public consultation, not only for Page Park but for a raft of other like parks. The response from the public saw nearly 200 responses, most of which were in favour of moving the start time back from 5pm to 4pm from the 1st April to the 1st October. This matter will debated again by Council this week.
There will, however, be  opposition from some Councillors as it will reduce the time that small children can play in the park if they are unwilling to share their space with dogs. In Page Park's case there is no playground, there are 2 dog free parks within a very short distance, and few small children use the park in the early evening.  It may well be an outcome that this will be approved in some of the recommended parks and not others.
Posted by Jennie at 10:28 AM