An election year has many rewards just there for
the picking. 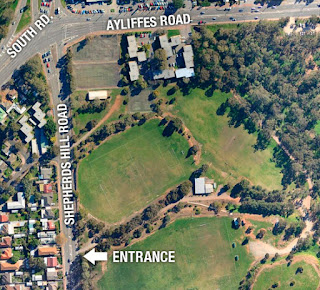 Following the recent grant from the state govenment for a new Goodwood Oval facility of $2.8million more money has been given this week. Unley Oval grandstand refurbishment has been given $500,000 for women's changerooms  and $9mill has been given to redevelop the Women's Memorial playing fields for providing a synthetic pitch for hockey. While Goodwood and Unley will be sad to see Forestville Hockey move to a new home we will be very happy for them to have a new facility in which to grow and flourish. This was on top over over $500,000 awarded through Fund My Neighbourhood in Unley.
All we need now is new clubrooms for Millswwod Croquet. Maybe the Liberals could at least put this in as a promise.
Posted by Jennie at 5:57 PM