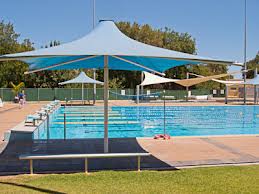 Favourable weather through-out the season has resulted in significant growth in memberships, casual entries and programs. A current day comparison of this season’s attendance shows 61,000 visitors compared to 54,500 last season, this growth of over 10% places the centre on track to achieve the 90,000 attendance target set by the team in September.  Swim school has again grown, now
operating at capacity with 590 students enrolled in the 10 week summer term that operates
until April school holidays.Additionally: