Posters on every stobie poll 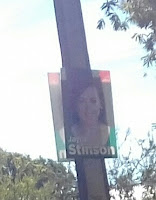 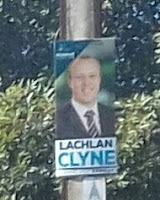 Had a problem giving these two equal space. I enjoy election campaigns and making my judgements as to how each candidate is going. What I don't like, and believe there is no place for, is the posters that now festoon the city. Talk of limiting them to 100 per candidate per elecorate is still way too many in my opinion. They pop up in local government elections and should be banned. Another annoyance of these is that would  be councillors and mayors can use a photo take no longer than 12 months prior and would be members of the state parliament can choose a flattering photo than is years old: also alloys them to stockpile from election to election.