This meeting was long and sometimes arduous as elected members spent time discussing (rather than debating) issues. It seems some Councilors like to dominate the debate even if they have little to say. Even the tone of questions to those brave enough to make a deputation was disappointing.
There were two deputation from Kiranari School. After selling the piece of land they use as a playground at 41 Oxford Tce to Council 13 years ago they have not paid a cent of rent for the space. After being made a reasonable offer for lease the school has declined and  Council must now decide what to do next. The impassioned deputees spoke of Council wanting to use the space as a car park ; this was debated and dismissed before my time on Council. They also rejected that an offer had been put to them for rental. In the end a compromise was reached for a short term lease until the end of 2014.
Many items were reserved from the committees for further discussion as the teething problems with the new section  41 committees are ironed out; these include the addition of over $100,000 of  additional expenditure of initiatives to support the aged in the 2013/14 budget considerations. While I support the initiatives proposed  I'm left in wonder as to why staff did not present them to Council  for consideration during the initial budget discussions.

Items for discussion also include 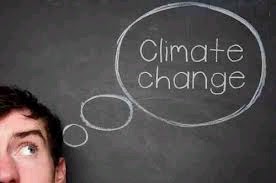 and to be discussed under Confidentiality Conditions