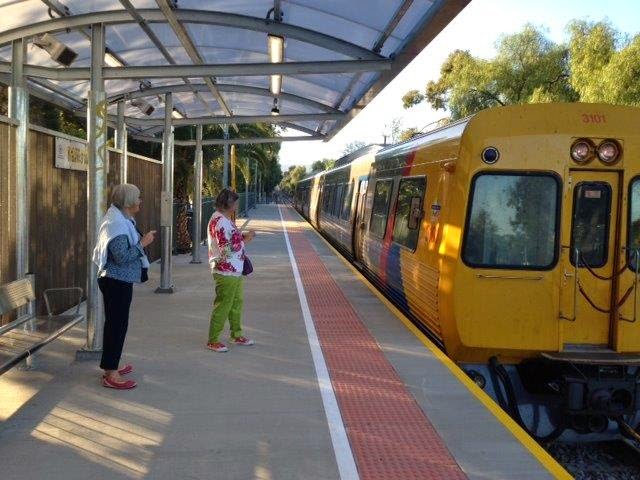 I was up early this morning to catch the first train from Millswood into the City at 7.40am. You can see from the picture that I was not the only one there!
It was reassuring to see the poster up at various stations on the ride letting people know that the trains were now ready to be used at Millswood. the large signs on either side of the station on Goodwood Rd should also be raising awareness for commuters. 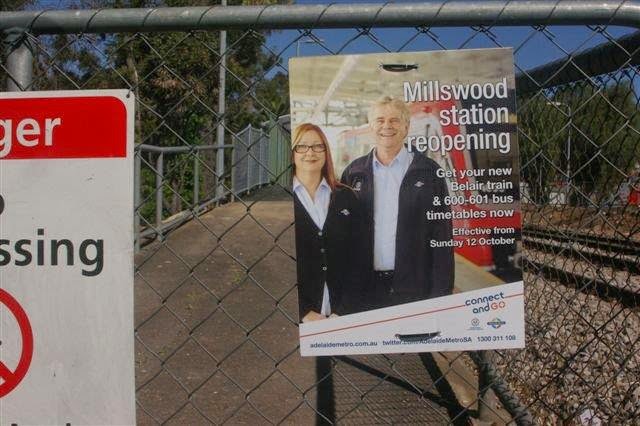 Don't forget next Sunday afternoon the launch of the new station is at 2:15 with the Minister arriving by train (or so I am told) to cut the official ribbon. There will be a free sausage sizzle and lots of like minded people to catch
up with.
Thanks to John Gasper for not losing sight of the dream and gathering a team of local, hard working people to achieve this end. These people are Les Birch, John Greenshields, Elizabeth Lithgow, Angela Davidson and myself. 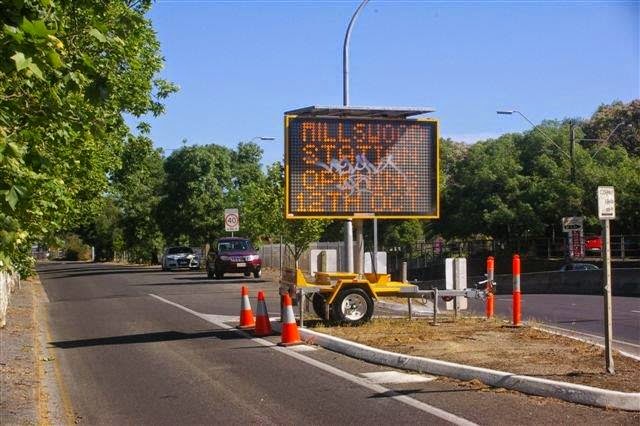