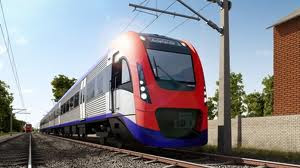 Yesterday Councillors attended a briefing about this project. Although this was scheduled to be started in 2010 it now seems unlikely that any work will commence on the Unley section until early 2013. The state government has embraced this project in an effort to have a faster, cleaner and greener rail network. Hopefully, this will encourage commuters to use the train network and work toward reducing the congestion on the road network. The project will involve the erection of masts and overhead wires (it is considered too dangerous to electrify the rails), the building of 3 substations (locations undecided), the screening of bridges and overpasses ( to avoid accidental electrocution and items being thrown on the tracks) and the relocation of services (mostly ETSA power lines that cross over the track). The masts will be 8m high and spaced at 50 m intervals and where there is no existing fencing a new chain link fence 1.8m high will be erected. It is possible that all vegetation that overhangs the overhead wires will be trimmed back so that they don't. Trees on state land can be pruned or removed regardless of significance if they wish, trees on Council land require an application to Council if they are significant. I asked very clearly when the consultation with our Community would occur and was not all that happy with the answer. The first answer being that they will talk individually to affected landowners and "sort something out". I made it quite clear that our Community wanted public consultation so that everyone would get the same information at the same time and have the advantage of some degree of collective bargaining. I think we were closer to this by the end of the meeting. If some are happy with website based information, newsletters and the odd open day then so be it. However, I think our Community deserves better. The public meetings held, by demand, before the construction of the tram overpass on South Rd caused many changes to plan including the inclusion of the bikeway. I'll keep you posted.
Posted by Jennie at 10:37 AM