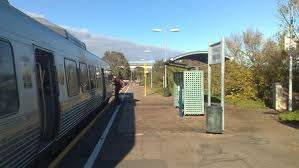 I was contacted by a resident a few weeks ago as she had been having difficulty in getting a response for the state government over the cancellation of the Tonsley service and the disruption this was causing to herself and others. My understanding is that the train service has been temporarily suspended due to insufficient track space while the new hospital is being built. What she complained of was lack of any consultation from the consumers of the service and lack of care in the disruption to the lives of these people. As a result the following will be debated at Council on March 26th;

That,
1. A letter be sent to the Minister for Transport and Infrastructure and the Minister for Transport Services with copies to local Members of Parliament (state) expressing concern at the lack of information and options provided to the community regarding the closure of the Tonsley Line train service.
2. The Ministers give consideration to adding extra carriages on the Noarlunga line to cope with the extra number of people now forced to use this alternate service.
3. The Ministers continue to keep both the City of Unley and affected residents aware of any further changes that are likely to occur.

A summary of the concerns are: