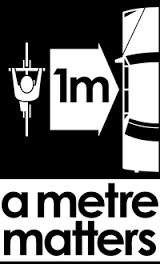 Some interesting suggestions have come out of the Citizen's Jury convened by the Premier. These include;

Most of these have been suggested before and some are already used in other states and all over Adelaide.  Hopefully, these will be further debated and those deemed to have further merit implemented. Most would seem to be low cost options that would improve safety for everyone using the roads, not just cyclists.
Posted by Jennie at 8:08 AM