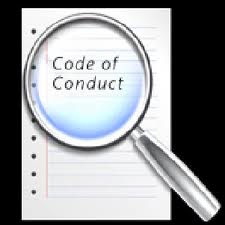 The state government recently enacted legislation to bring in  uniform Code of Conduct across all Councils. While much of it remains similar to what Unley had developed there have been some changes. This legislation has the support of the Local Government Association and it's intent is to support the work of Councillors. Who wouldn't want open, responsive and accountable governance?
Who wouldn't want Councillors to be have with honesty, integrity, accountability and transparency?
These statements show the principles by which we must abide but are essentially what is often described as motherhood statements.
The Behaviour Code is similar and includes statements about community expectations (not sure how that works if you think we're all crooks?),commitment and conscientiousness, trust and confidence. It  states that Councillors must comply with all policies, be respectful, express their views and observe meeting procedures.
Councillors become as responsible for their own behavior as that of others; it comes back to the often held view "if you see something, say something". Councillors now have an obligation to report the poor behavior of others if they suspect the individual has breached the rules. This behaviou
r will be investigated at the Council level wherever possible. If found guilty of an offence the censure possibilities  have a little more teeth than  before.
Councillors can also be guilty of misconduct; this might include failing to declare an interest in an item being debated or higher level misconduct such as accepting bribes.
Councillors must now declare all gifts with a monetary value above $100.
So someone paying for the odd cup of coffee is still OK and if you are really a crock you will be dealt with under the Criminal Code.