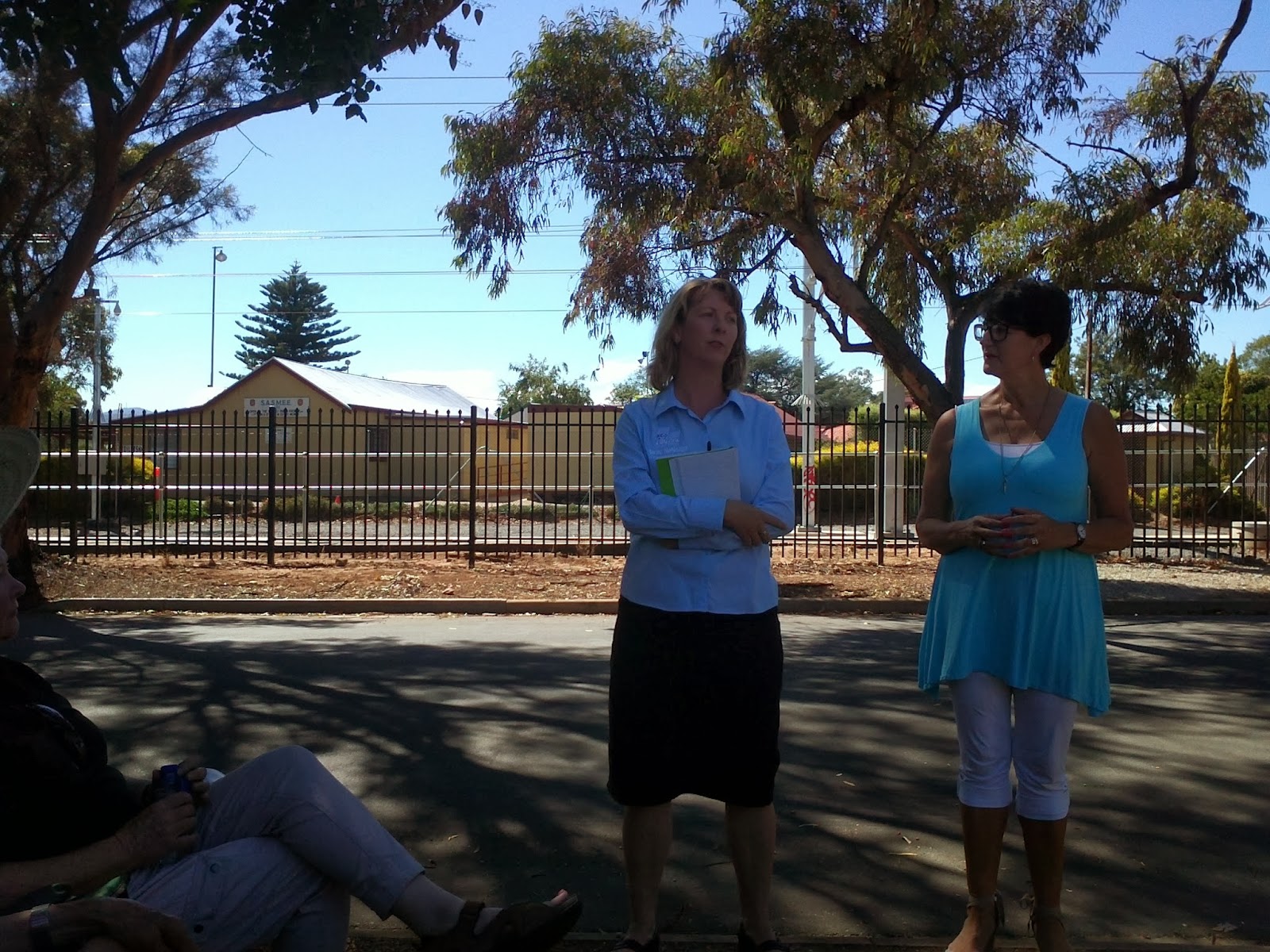 Today's meeting was well attended and both Terina
Monteagle, Candidate for Ashford, and Vicki Chapman , Shadow Minister for DPTI, attended. About 20 residents attended to tell them what problems they are currently enduring at the hands of broken promises and arrogance. At the start of this project residents were assured that no-one would be worse off as far as noise was concerned. The crossing at the end of Fairfax Ave is activated at least every 7 minutes and is 72 dB.This is far worse than even the people close by imagined it might be and the bit if tin about 1.2 m high provides no protection and simply is not good enough. It was pleasing to hear that some people have managed to
negotiate new fences at 2.1 m and  shielding of cameras so they don't intrude on their privacy. However, I was disappointed that the Liberal team were not prepared, at this time, to make some promises that would see the implementation of the remediation that the current Labor government is refusing. I'm sure these will be delivered in due course.