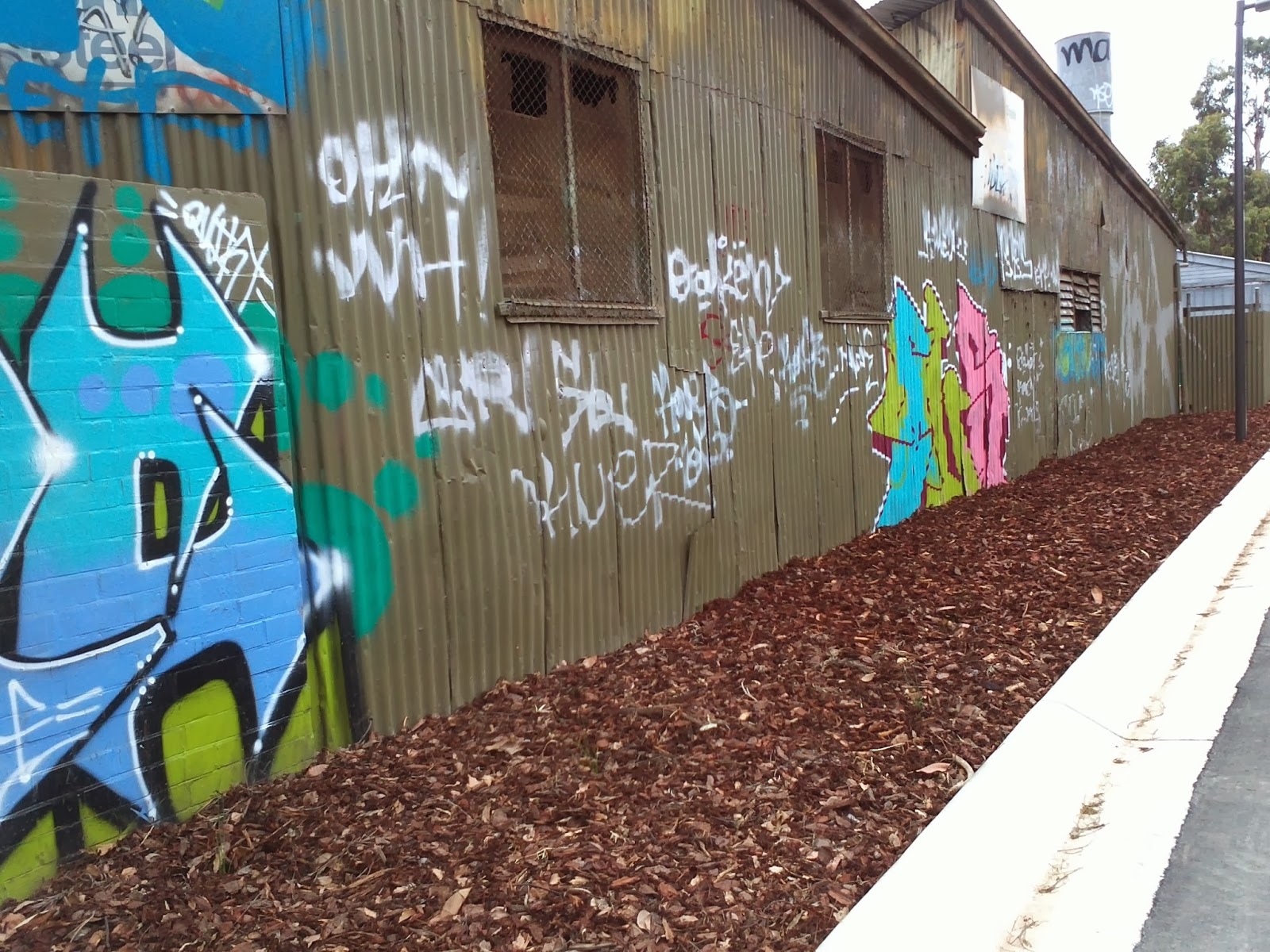 I saw an article last week on graffiti vandalism and a state government reward scheme for dobbing in a vandal if it leads to an arrest of an individual.
What a great scheme.
But it got me to thinking about the problem and what works and what doesn't. We know that removing the graffiti as soon as possible after the attack is the best deterrent. Council has a volunteer team that will paint out graffiti quickly one the location is known to Council. This is a great scheme and works well.
However, in all of this the train corridors are shocking and despite repeated requests for the graffiti to be painted out to DPTI (and in the uniform colour of slate grey) the request is falling on deaf ears. During the Community Advisory Group meetings and more recently in DPTI updates to residents the graffiti was to be removed at the end of the project. Well the trains are running (sometimes) and the graffiti remains. And who is in the paper telling us how  bad this is, none other than the Attorney General, John Rau. It is well and truly time for the state government to have a good look at just who needs to lift their game!
Posted by Jennie at 10:33 AM